What Is Scareware? And How to Spot Online Scareware Facebook Scams?

Welcome to the twenty-first century, where practically everything is done online. As fantastic as the Internet might be, fraudsters have continued to come up with new ways to take advantage of their victims. Have you ever gotten unexpected pop-up warnings while browsing the Internet suggesting that your device is afflicted with a slew of viruses? The notices are frequently accompanied by a software download link that will assist in malware removal. This is a common tactic used by hackers known as “scareware.”

Since Internet users are now aware of the scheme, fraudsters have attempted to modify scareware in a variety of ways. This post will educate you on how to identify online scareware scams and keep you one step ahead of the situation.

Scareware is a malware strategy used by hackers to trick users into installing or purchasing potentially malicious software.

Scammers and hackers employ scareware Facebook assaults to deceive Facebook users into believing they need to buy malware portrayed as actual cybersecurity solutions after sending them a warning concerning fake viruses. Scareware’s goal is to terrify computer users into purchasing infected software. The user device would be exposed to scareware fraud after clicking and allowing you to download the malware.

Scareware scares users by displaying a multitude of pop-up security notifications that look to be from legitimate antivirus providers. If the victim falls for the tactic, they will be vulnerable to identity theft or other forms of scareware attacks.

Scareware is popular among cybercriminals because it allows them to carry out successful credit card fraud, take away your money, and obtain access to your device. They accomplish this through a variety of methods, including virus removal frauds, clickjacking, tech support scams, and hawking bogus antivirus.

Here are some early examples of real-world scareware:

What Type of Damage Does Scareware Cause?

You’ve probably heard of scareware for the first time and have a lot of questions about it. How does the scareware Facebook scam work? Why do cybercriminals employ scareware techniques? What do these cybercriminals stand to gain? The question has no definitive answer. Scareware is used for various reasons, but one of the most common is that it allows fraudsters to slip malware onto their target’s device.

The attacker can obtain other types of malware into the victim’s network or steal the user’s account credentials by frightening the victim into clicking on a link, allowing further malware-based cyberattack techniques, according to social engineering. Scareware is frequently a means to a goal rather than the end in and of itself.

Another reason an attacker may employ scareware is to deceive the victim into purchasing a phony antivirus solution, thus providing the attacker with relevant bank information that can be used to perpetrate credit card fraud.

In summary, damages that can be caused by a scareware attack are:

The entire scareware scam is presented in such a way that it will scare you into clicking the button. To begin with, a professional antivirus vendor will never transmit messages over a web browser. It’s not a legitimate antivirus notice if a pop-up notification is visibly another browser window.

Scareware symptoms are easy to notice once you’ve downloaded and installed an antivirus program. Android scareware operates similarly: a large window directs you to click an icon with some form of the term “repair” or “scan system.”

The following are some typical indications that scareware has been installed on your device:

Many pop-up messages: An indication of danger is when windows pop up when your system is idle, pop up often, or pop up while you’re offline. If you keep seeing this pop-up notification, you most likely have adware, which may also snoop on your personal information.

You recently clicked on a website advertisement: In this new era that the Internet is plagued with a lot of scareware websites, a lot of banners from web pages might be scareware fraud malvertising. These ads might be embedded with malware that allows hazardous programs to be downloaded into your device. You should use Google search to inquire about the product rather than clicking on any web ads.

Access to your device applications or files is denied: You will see some unusual error warnings while attempting to access your device files. If you are experiencing any of these symptoms, you are most likely a victim of scareware. It would be best if you instantly launch your antivirus software.

Random programs and features that emerge on your device’s screen: You may see a new icon on your device for software you are unfamiliar with, or your browser may have new toolbars or a new homepage. These can lead to the installation of even more fake programs.

Reduced performance: Malware-infected computers typically crash, slow down, and freeze. Making sure you are unable to stop it from working is the primary goal of scareware. To recover control, you should immediately clean up your device with an antivirus.

Unfortunately, it is nearly difficult to avoid scareware when accessing the Internet. However, a little common sense, in addition to the following recommended practices, can go a long way toward averting scareware attacks. Here are 5 tips to prevent you from falling victim to scareware fraud.

By promptly authorizing browser upgrades, you’ll provide yourself the best defense against scareware pop-ups. If you want to be up-to-date on a security patch, you should turn on automatic updates.

Pop-up blockers are available in almost every browser. If you can avoid pop-ups, your screen will be free of adverts. You won’t get those unwanted scareware Facebook warnings this way.

Check out the new software before purchasing it

With the availability of product information on the Internet, it is advised to avoid any software supplier that has received poor reviews or is not widely known. Ensure that you do not give out information such as your home address or payment card details unless you are delighted with the goods.

Use your cybersecurity tools

It is dangerous to determine whether you are dealing with scareware on your own. Scareware has made cybercriminals a lot of money; therefore, they constantly change the approach to make it more convincing to their victims. The best thing to do is to buy antivirus software and a phone tracker and enable URL filters, firewalls, and other security measures.

As the saying goes, recognizing the cause of an issue is the first step toward addressing it. It is now more crucial than ever to be aware of scareware warning indicators. Here are several red flags that should alert you that the ads on your device screen are a scareware tactic.

When those pop-up ads are too good to be true, the first thing that should come to mind is the likelihood that it is a scareware plot.

One way cybercriminals get you to click the ads or warning is by making sure the warning notification is persistent. The aim is to frustrate you till you click the link and fall into the trap. If you see those provoking pop-ups, the best thing to do is to exit the page.

Scanning Your Computer Right Away:

It quickly scans your device for viruses and displays that it has detected a lot of viruses on your system via the web. This is a clear sign that you are dealing with scareware.

You’ve never heard of an antivirus provider attempting to persuade you to download their product.

What Can I Do About Malicious Software on Facebook?

People nowadays spend a lot of time on Facebook. Most cybercriminals are aware of this, which is why they have devised methods to make the social media platform one of their primary targets. So, how can you avoid scareware Facebook scams?

Some individuals rely on antivirus software. Unfortunately, you may fall victim before your antivirus can respond to the alert. So the best thing to do is to employ trustworthy spyware like uMobix. It will identify and stop the scareware Facebook scam even before it appears on your device’s screen.

The uMobix app is a strong mobile phone tracking tool that includes a plethora of iPhone and Android monitoring functions. The uMobix app is widely regarded as one of the best parental control app kinds available. The spy app can monitor various activities, including calls, texts, incoming and outgoing calls, social media activity, and GPS position in real time.

uMobix is recognized for bringing something completely new to the table and can combat scareware Facebook fraud without putting you or your child’s device in danger.

Its numerous advantages are its user-friendly dashboard and 24/7 customer support services.

It might be alluring to click on a pop-up notification, especially if it claims to offer certain benefits or raises concerns about the possible security of your device. However, it is essential to apply common sense and avoid falling victim to scareware. A little research on the many sorts of scareware will help you defend yourself. Even after researching the product online, it may appear to be genuine. So the best option is to use a service that will prevent scareware adverts from appearing on your device’s screen.

You may accomplish this by using uMobix, a phone tracker. The program will assist you in easily blocking any malware risks. This way, you will be protected from data theft and scare virus kinds.

How do you identify scareware?

There are a lot of common indications of scareware Facebook fraud. Among them are:

How do I get rid of scareware?

If you believe scareware has been placed on your device, you can get rid of it by using the following scareware removal steps:

How do you know if a virus notification is real? 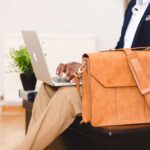 Tips Remote Computer Access: What Is It and What Are the Risks? By admin
937 view
23
Next post