How to Stop Cyberbullying: What Every Parent Should Know

Cyberbullying happens when a person is expressing falsified publications, uncensored content, defaming SMS, or spam message via electronic channels of communication. Thus, parents must know how to stop cyberbullying. This may sometimes include threatening to publicize the nudity of a person’s image or recorded voice notes of informal communication to tarnish such individual personality.

Children can apply the following measures to curb cyber attacks:

Inform a steadfast elder of your cyber attack. Whenever you are confronted with a cyberattack as a juvenile, try and bring the notice to your elder relatives, teachers, religious leaders, or regulatory agency saddled with the responsibility of reprimanding such an act. This is a better way to resist the bully from perpetrating further havoc. Don’t assume that you can handle the situation yourself or that reporting will escalate the case and put you in more distress.
Students should inform their college management when attacked online. Teenagers should identify key personnel in the direction capable of addressing their bullying cyber experience. Irrespective of what the school modus operandi seems, its policy should inculcate safety as a priority. Parents can therefore address such at a PTA meeting in situations where no action is taken.
The hoodlum should be broadcasted across social networks channels. Each social network platform has stated terms of engagement that are assumed every active member has read through before signing up on the forum. There are columns where defaulting members can be reported for intruding on another’s privacy, and corrective measures would be meted out on the defaulting individual, ranging from either suspension of their account or permanent termination of such statement.
Liaise with crime fighters on alarming bullying contexts. A cyberattack is a crime that extends beyond what parents or teachers can handle alone. It transcends beyond a society into a global menace. It, therefore, implies that law enforcement officers can be invited to the situation when it escalates beyond what the primary institution of learning could treat.

Bullying refers to an oppressive attitude between two or more persons due to cruelly exercising power.

Cyberbullying centers around writing texts and speech that have the propensity to defame an individual’s character, publishing unverified info, and spreading words capable of making a tribe, values, culture, language, or beliefs seem superior to another via internet-enabled mediums.

Cyberbullying on social media occurs when teenagers’ freedom is threatened upon leveraging the internet. Therefore, it is essential to teach your children the signs of cyberbullying and suggest cyberbullying solutions.

Bullying can reduce an individual’s self-esteem to the barest minimum and make such feel like a minority when they are expected to make significant contributions that would benefit the populace.

Parents are expected to be on the lookout for the child’s fluctuation in academic performance, as this might indicate that things are not positioned the way they should be.

Discovering cyberbullying is more accessible if parents can take the time to understand the way their child reacts to situations. Below are suggested practices that can be adopted in identifying online bullying:

Charity, they say, begins at home; it implies that parents are saddled with the foundational responsibilities to curb bullying before expecting other institutions of learning to play their respective roles. Thus, if you wish to know the tips on how to stop cyberbullying, start from your home.

Make time to have a heart-to-heart discussion with your children regarding the advantages of adopting the internet and the inherent risks they might encounter, which cuts across avoiding websites and downloading apps capable of exposing the kids to annoying, violent, and disturbing ads. There should also be an agreed duration to be spent on the web, censored publications to be consumed, and they shouldn’t engage in posts that have bullying scenarios posed towards them.

Teenagers are somewhat expected to keep a record, possibly a screenshot, of the displeasing contents, which can serve as evidence while reporting such posts to the relevant authorities to take necessary actions to prevent further scenarios.

Now that you know how to stop online bullying, you should know how to prevent cyberbullying. Hence, among the several means of preventing online trolling are:

Parents have to be on the lookout for what their kids do online. An excellent way to do that is by installing a phone tracking app like uMobix on a child’s device. It is also essential to go through your kids’ profile and chat sections to see who they speak with and what is under discussion. Although this might be an infringement of their privacy, it helps identify whether they’re cyberbullied quickly.

For instance, the uMobix app, a mobile phone tracker, reported that 36.5% of kids had experienced cyberbullying at one point in time or the other. In addition, the minors had come across racist speech, dictatorial threats, or demotivating speech but couldn’t report it for various reasons. Hence, uMobix has emerged to help parents monitor their wards’ activities while online.

We are in a digital age, and the rate of kids’ development and exposure is higher than ever. Thus, they’re prone to bullying outside their premises. Therefore, parents need to create an avenue for their wards to rub minds and share thoughts and experiences. The problem starts when kids start confiding in external parties rather than an immediate family who is meant to stand as a cornerstone.

How do I know if my child is being cyberbullied?

An easy path to discover when a child is experiencing online bullying is to read the teenager’s mood, mostly when they are active online going through messages, blogs, articles, tweets, and topics circulated. Defaming or brutal content tends to create a turn-off in the reader’s mood from consuming the entirety of the article.

How can cyberbullying affect mental health?

Cyberbullying affects the mental health of children negatively. It can make a child lose interest in significant activities and start contemplating how people will treat them after hearing of their horrible experience. This afterward results in declining wellbeing.

The effect could be traumatizing and makes the youngster consider any honest thoughts as the most suitable approach to adopt to get out of the predicament they find themselves in.

What do I do if my child is cyberbullied? How to stop cyberbullying?

The support team of the web channel should contact and forward evidence of such harassment so they can take timely and necessary action against such individuals. If it’s a more complicated bully, report to the appropriate law enforcement agency.

Is there a punishment for cyberbullying?

There is a punishment for cyberbullying, and the severity of the sentence depends on the severity of the cyberbully. For example, you can block the person from participating on the social media platform. According to the law, the bully can be arrested and prosecuted in a more difficult situation. 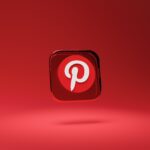 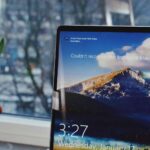