Is Twitter for Kids? 7 Things Parents Need to Know

Twitter has been around for 12 years now and is a renowned social media platform for posting seemingly cryptic messages with no content filtering. The company doesn’t censor posts made by users on the platform. The implication of this is the exposure of kids to unruly content that might be damaging to the child’s overall psyche. Generally, Twitter for kids is not such a good idea; at least, you need to be 13 years old to register on the platform.

However, just like many other social media platforms, this check can be easily circumvented by kids bent on exploring the social media world. A slight tweak of age on the registration platform easily beats this check. Therefore, there’s a high need to protect your kids from undue exposure to the ill whims of Twitter. We will be reviewing all you need to know about this sensational platform.

Twitter is a social media platform designed to keep users engaging and interacting constantly. It is designed for short and cryptic texts (maximum 280 characters), meaning you have to get your message across quickly. The good thing about Twitter is that users have significant control over the content they are exposed to, as you often only see tweets from accounts you follow. However, there could be a downside in the form of “retweets” – a situation where someone your child follows retweets something from another account, thus exposing your child to tweets from strangers. These tweets could contain some untoward content as Twitter doesn’t censor the contents on its website.

Since many people share varying opinions on Twitter, and it is often easy to view tweets either through retweets or direct messaging, your child could be prone to misinformation. Therefore, you should have conversations with your child about how important it is to verify the information they find on the internet, as many could be misleading.

The curiosity that comes with kids approaching their teenage years often propels them to seek to explore. Many kids join Twitter to follow a brand or a celebrity of choice. The kids often use Twitter as a getaway from their normal activities as they rely on it as a source of information and networking. It is important to note that many kids come on Twitter not to share their ideas or thoughts but instead to follow their celebrities and as a show of status amongst friends.

Twitter, like other social media platforms, could have varying degrees of effects on kids. One of the prominent effects is addiction. It is common for kids to become addicted to Twitter and often limit interaction with physical and live pals as they become too engrossed with their Internet personality. Despite this, there are both good and bad effects of Twitter on kids:

Below are seven things you need to know about Twitter if your child is signed on or intends to join it and make a safe Twitter for kids.

It is easy to circumvent the age limit of 13 sign up on social media platforms, and Twitter is no exception.

Your kid could delete posted tweets but can’t edit them. Hence, it is essential that you monitor the manner of tweets your child is allowed to post.

The ability to retweet a message on Twitter makes it possible for a post to a seemingly small group of followers to go viral as more and more people retweet it.

Tweets Can Be Stamped with Location

The good thing is that this option is turned off by default. Though, it is still in your best interests to ensure your kid doesn’t reveal their location to strangers on the internet.

Unless your kid manually changes their privacy settings for tweets, tweets are public by default. By implication, one wrong tweet could have a damaging effect on your kid.

Kids Can Have Private Conversations with Followers

Sending mass updates isn’t the only way to communicate on Twitter, as users can send direct messages to other users on the platform and hold private conversations.

Images and Videos Could Be Included in Tweets

The prevalence of social media platforms has made it a necessity for parents to be concerned about the overall welfare of their kids. They must take conscious steps to ensure their kids are not unduly exposed to the nefarious content on Twitter parental control by enhancing and enforcing the following safety tips:

Other advice that you can give your kids includes:

How Can uMobix Help?

You do not want your child roaming the streets of Twitter without any form of a parental guide, as this could be tantamount to negligence. Therefore, you can employ the services of uMobix Twitter parental controls to help you monitor and make Twitter for kids safe.

What age is Twitter appropriate for? Twitter does have an age limit. It requires users onboarding on the site to be of a minimum age of 13. Though, kids who are determined to sign on can easily circumvent this requirement by imputing false information. However, it is often difficult to determine what age Twitter is appropriate for because it could affect kids, teenagers, and even adults in any way.

You can make your Twitter for kids safe by following the below steps:

The steps above will ensure that only people and followers you approve of can see your child’s tweets.

Is it possible to stamp tweets with the person’s location?

Once you enable precise location, it is then possible for you to attach a location to your tweet. Hence, you must be careful about stamping your tweet with your location to prevent internet crawlers from paying you an unwelcome visit or unconsciously exposing your information to strangers. 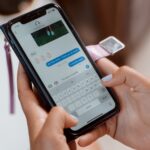 Tips Vanishing Text: How to Monitor Disappearing Messages By admin
187 view
23
Next post 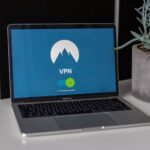