Due to technological advancement, the world is rapidly transitioning from analog to digital modes of operation. As a result, people are beginning to see the convenience of virtual marketing, meetings, and even study. However, cybercrime has been a significant danger in the past. This has compelled several developers to create some secret messaging apps that provide enough data privacy and security for users.

These apps with hidden chat feature are designed to keep conversations between the parties involved private. This post will go through private messaging app options that you may use to protect your chats or conversations from being hacked or read by a third party.

What Is a Secret Messaging App?

A secret messaging app is created with an advanced end-to-end encryption system that ensures the privacy of all persons involved in a chat. This texting app requires access to your existing mobile number and address book. It does not require any additional logins, usernames, PINs, or passwords to function. The hidden secret texting apps for Android and iPhone assign each contact a distinct inbox, ensuring that your secret chat stays within the confines of that inbox.

Telegram has established itself as one of the best communication apps in the world. End-to-end encryption is provided by the platform, ensuring that your discussion remains private. As a result, you won’t have to worry about cyber criminals or third parties as you do your business on the platform. It is regarded as a secure messaging platform with complex settings and capabilities to protect users’ data from hacking attacks. It is available for both Android and iPhone users.

One notable aspect of the Telegram platform is its self-destructed feature, which allows users to specify a time limit for messages, images, videos, and other content to disappear once the receiver has viewed it. Telegram is one of several platforms that allow users to attach their phone numbers and access their contacts to exchange rapid, encrypted messages for basic chats utilizing client-side encryption.

Unlike most messaging apps, Telegram provides users with many social media perks. Telegram has been characterized as a social media platform. It has evolved into a massive user group with broadcasts that allow users to reach thousands of followers swiftly. Thus, its use goes beyond secure messaging. Telegram is undoubtedly one of the best private chat apps.

Despite having secured encryption, the feature must be manually engaged. To use it, you must first enable the “Secret Chat mode.” After that, you can send self-destructing messages, share videos and files, and participate in group conversations with 200,000 Telegram users.

WhatsApp has evolved to be one of the most popular messaging apps in the world, with over 2 billion users globally. After receiving a lot of flak for not being a secure social networking platform, WhatsApp decided to beef up its security in 2016. It’s utilized for digital marketing, social networking, and virtual meetings.

However, the platform’s automated end-to-end encryption technology has drawn users in. This feature improves user privacy and is suited for devices ranging from small to large. In addition, updates to the WhatsApp community have enabled end-to-end encrypted storage and vanishing chat functionality. You can also transfer your chat history from Android to iPhone.

WhatsApp users concerned about their security and privacy can check each chat’s 60-digit QR code or security code, which they can match to a contact to ensure that their conversation is encrypted.

Viber, sometimes known as Rakuten, is a messaging app. Viber is another reliable and secure private messaging app. With over one billion users, the developers have been required to ensure that it is always free of security and bugs flaws. The app is rapidly expanding and has attracted significant interest as a platform for conducting secure transactions and meetings. Its simple UI and built-in security protocols have been well praised.

The app has a color code that uniquely tells you three encryption statuses, a handy feature for consumers. The tool is intended to display how secure communication is on the platform right away. For example, the grey color code shows that the chat is encrypted, and the green color code indicates that the chat is encrypted with a trusted contact from your phonebook. In contrast, the red color code suggests a user’s authentication key problem. Like most secret messaging apps, the platform includes self-destructing features that may be utilized in group chats. It also permits secret chat, allowing users to hide their conversations.

Silence sprang to prominence in 2017 as an effective and reliable platform among secret messaging apps on the market. Although Silence has received a great deal of criticism in the past, particularly in early 2015, regarding security, it has encouraged it to improve and develop its database.

People occasionally settle for it because the platform is free and does not require an internet or WiFi connection to work.

Unlike other messaging systems that primarily operate as a social media platform, Silence works like the regular text messaging software. The platform lets users send standard SMS to their contacts, as well as encrypted messages to other users across the platform.

Silence message app can be downloaded from Google Play, but American users will be unable to download it from the official Android market due to trademark issues.

Kik is quickly becoming one of the best private messaging apps. Because of its interaction with other multimedia, such as YouTube, Kik is becoming a viable alternative to SMS text messaging. It also has cordial relationships with other social media sites such as Instagram, Twitter, Facebook, Tumblr, etc.

Although the platform has been inundated with concerning the content, prompting some concerned parents to seek the services of parental control apps, the conversations and SMS carries an excellent end-to-end encryption feature.

Other Apps That Can Secretly Be Used

There are loads of apps that can be employed to serve as secret messaging apps, some of which are:

CYPHR is one of the few secret texting apps for iPhone with excellent security architecture and high-quality communication. Organizations of all sizes are increasingly accustomed to using this application because of its very powerful and user-friendly UI. When you want, you can encrypt and decrypt your message. It also allows you to select the level of privacy you want. It is an excellent choice for a secret chat.

Since introducing the end-to-end encryption mechanism, Line’s platform has grown in popularity to over 700 million users. As a result, the app has become one of the world’s fastest-growing secret messaging apps. It is known as “letter sealing,” which signifies that your messages are secure and that transmission is limited to the sender and receiver. Another feature that has attracted users is that the application is free and has a user-friendly interface.

If there is one thing we can always bank on, social media platforms and other communications will be there for a long time. There are economic, social, and religious benefits, and it is quickly expanding to be an online school, news outlet, market, broadcast medium, and much more. However, while these benefits are significant in our daily lives, the downside is dangerous and has prompted alarm among parents.

The internet is full of inappropriate and misleading content that must be feared, especially if you have children who enjoy spending time on their phones with texting apps. Kids can get into all kinds of trouble with their phones, either deliberately or by mistake. This could be sparked by the number of hours they spend staring at a screen, which could lead kids to use age-inappropriate apps and websites. In any event, a decent parental control app can help you regain control and keep an eye on the activities they do with their phone, which may have a negative effect on them. One of the best phone monitoring apps proven effective for parental control is uMobix.

How Can uMobix Be Handy?

uMobix is a mobile phone tracking app that has gained popularity among parents. It enables parents to remotely monitor their children’s cell phone activities via an internet control panel. The uMobix platform is unique in that it is compatible with both Android and iPhone. So, regardless of the type of phone your children use, you will be in there without them realizing it.

You can view their real-time GPS location, text messages, social media activity, phone calls, and much more with the uMobix app. A lot of parents have chosen it since it functions entirely in the background on the monitored cell phone. As a result, the kids will not attempt to play cleverly, and you will have the space you need to effectively control your child’s internet activities and interfere where required.

Unlike some parental control apps, uMobix provides a secure environment with an easy-to-use UI. It is simple to use, and you can confide in them. Aside from bringing their package to the next level, the uMobix platform features dependable customer service and a fully clear refund policy.

There are lots of secret messaging apps in the market today that people can select to send their secret chat messages. The list is unlimited, but some are inferior apps trying to gain a name in the competitive application world, so using them might not be as safe as some. This raises concern amongst parents as they fear that social media and internet services can negatively affect their kids. Nevertheless, concerned parents can opt for the service of parental control apps, and one that comes in handy is uMobix – a trusted, reliable and effective phone tracking app.

Do I really need to use parental controls on my kid’s phone?

me on the internet and social media platforms. If you fear that your child is at risk or being influenced by the internet, parental controls might be necessary.

What are the dangers of using secret chat apps?

have realized that this information or chat can be valuable. Thus, they could target the chat apps using cyber theft. Besides that, children may want to hide something from you by using those apps and, therefore, may be exposed to the risk of dangerous communications. In that case, a phone monitoring app will be of good use.

What texting app cannot be traced?

Some texting apps that cannot be traced include: 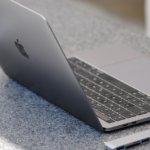