How to Identify a Pedophile: 12 Pedophile Warning Signs to Spot a Child Molester

There are nearly 800,000 registered sex offenders in the US alone, and this barely scratches the surface of how many are out there. Many take to the Internet to prey on kids, with grooming possible.

This post will explain what a pedophile is and how to prevent them from going after your kids.

What Is a Pedophile?

Pedophilia is a mental disorder where a person has a sexual attraction to children. In the psychiatric world, pedophilia describes a person who is attracted to children under the age of 13. The terms hebephilia and ephebophilia describe an attraction to younger and older teenagers, respectfully. Colloquially, people use the term “pedophile” as a blanket term to describe a person who expresses sexual interest in any child or adolescent under the age of consent. For the sake of convenience, a pedophile in the context of this article is anyone who is attracted to your minor child.

A pedophile is not necessarily a child molester, which describes a person who commits child assault or rape. Some pedophiles can control their urges and not commit any crime. However, many parents should still be cautious and keep their kids away from a person who may be a child predator. Never let your kid near someone who claims they don’t harm kids, as you never know.

A Child Predator Can Be Anyone

When many of us imagine a sexual predator, we imagine a man in a white van who tries kidnapping kids. You may have the mental image of a specific stereotype in your head, and while those people do exist, the scary part is that most child molesters tend to be people the child knows. That applies to 93% of cases.

Sometimes, it’s a case of incest, with kids sexually abused by family members. It could be a child’s teacher or pastor. Of course, it could also be someone your child knows online. Don’t get us wrong; strangers can still kidnap your kids. However, many parents are so worried about strangers that they ignore people their kids know already.

While pedophiles tend to be people your child knows, this does not mean you should automatically think every person who talks to your child is a pedophile. However, there are signs of a pedophile to look for.

This section will help you learn how to spot a pedophile, with common signs of pedophilia that can give off red flags.

While there’s nothing wrong with being a child at heart, it is suspicious when an adult is only interested in children and children’s activities and does not want to be with people their own age. If you see someone who never talks to adults, you may want to keep them away from your child.

Sometimes, a pedophile may be a groomer who manipulates your child into having sex when they turn a certain age. Usually, they will talk to your child about inappropriate topics to desensitize them.

While a person calling your child an angel is not an automatic pedophile flag, if they excessively call your child pure or innocent or use similar terms, it could be a sign of inappropriate behavior. If a person’s language makes you uncomfortable, speak up.

Someone you know hugging your child is nothing to worry about, but if they’re always doing actions such as tickling the child, touching them, or performing other uncomfortable behavior, this could be a sign.

Some pedophiles have other disorders. For example, 67% have an anxiety disorder, and 60% have a substance abuse disorder. Let’s be clear that most people with mental health disorders are not pedophiles. However, many pedophiles may feel anxious or take substances because of their attraction.

A child abuser usually becomes friends with a child in a vulnerable state. They may start talking to them during a divorce, loss, or another crisis in their life. This is because they can easily manipulate them at their lowest.

If a person expresses interest in talking to your child without you in the room, this is one of the most apparent symptoms of pedophilia. Someone interested in your kids may want to do something inappropriate when you are not in the room.

If a person asks a child to keep their talks a secret, this may be a sign that they are a sexual predator. A “just between the two of us” conversation can be a sign of pedophilia.

A pedophile may want to make a child against their parents so that the kid will seek shelter or help from their “friend”. A predator knows you might have some issues with your teen offspring regards secret communications, disobedience, etc., so they will try to put them against you. For example, they may claim that you hate their relationship or tell lies about you.

Going off number 9, a pedophile may tell your child to communicate through secret emails, texts, or apps where the messages disappear. This way, there will be no evidence that your kid is engaging with someone sending them inappropriate messages. In this case, using phone monitoring software, such as uMobix, is a matter of utmost importance.

A pedophile will use language not inappropriate for your child. They will talk to your child about sex and try to make them feel bad if they do not want to engage. If you feel like someone is talking to your kid about inappropriate things, you must step in.

Warning Signs of Pedophilia in Children

Unusual behavior of your child may not necessarily mean that they became a victim of abuse, but it can be characteristic of teenage behavior and rebellion, though it’s still important to listen to your gut and be vigilant. We’ve collected some signs to pay attention to

Psychologists believe that there are signs of behavior from an early age that can indirectly lead to pedophilia in the future. Note that this is not a 100% guarantee that a small person will turn into a person with such abnormalities, just need to pay attention in time. A child can show signs of pedophilia. While this sounds almost contradictory, it tends to happen if a child touches a much younger kid. For example, if a 10-year-old keeps inappropriately touching someone who is 5.

This does not mean your child will grow up to be a molester, but it is a red flag. It would be best to take your child to therapy before it’s too late. While some kids may grow out of odd behavior, it can sometimes evolve into pedophilia as they become adults.

The Best Way to Protect Your Children from Predators

Now that you know how to identify grooming behavior, how can you ensure your child’s safety? Let’s look at a few ways.

Pedophiles may be anywhere, and many of them are people your kids know. If a person seems too interested in your kids, you may want to keep them away. In addition, a pedophile may approach a vulnerable child and ask them to communicate secretly. If someone sets off the pedophile alert bell, you may need to step in. Inform your child of the dangers and call the authorities if you suspect your child is in immediate danger.

Your child’s safety matters. With more people than ever concerned about their kids, there is no shame in being vigilant and setting up boundaries in the form of parental control apps. You may end up saving your child’s life and putting someone out on the streets for justice.

We hope this article about pedophile warning signs was helpful to you and are hoping you and your children are safe and live happy life.

Is pedophilia more typical among men or women?

While more men are convicted as child molesters, women tend to have pedophilic tendencies almost equal to men. Between 1 to 4 percent of people can be pedophiles, which applies to both men and women. So be cautious regardless of a person’s gender.

What to do if a child has been abused?

You should contact the authorities immediately if a child is in danger. Otherwise, you may call the National Child Abuse Hotline (1-800-422-4453.) Getting the child out of the situation ASAP is vital, as is getting them professional help.

How to raise children’s awareness of the risk of sexual abuse?

The best way to raise awareness is to talk about the facts. Sit them down, and tell them about boundaries and what to do if the child feels they are crossed. Give them the red flags of a pedophile, and tell them they can talk to you if they suspect someone is a pedophile. 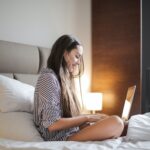